Uit: There’s a Riot Goin’ On

„Picture forty years after the Woodstock Festival’s three days of peace and music, into the premillennial days of 1999. Visualize through the eyes of a contemporary counterpart of someone like Meredith Hunter, the black teen murdered by Hells Angels at the Rolling Stones Altamont concert, who’d certainly have thought Sly and the Family Stone at Yasgur’s farm in ’69 was totally far out. For the sake of argument let’s say this modern-day Meredith wears dredlocks in place of his antecedents Afro, smokes as much weed as Meredith might’ve, and rents a brownstone apartment in the heart of bohemian Fort Greene, Brooklyn.

Such a location means he has a neighbor in Erykah Badu, who represents something of particular significance to the young brother. (We’ll call him Butch.) Erykah Badu recently arrived from Dallas, Texas, three years ago like a hiphop Joan Baez for the incense-and-oils set, to this section of Brooklyn where most of the women already look like her: African headwraps, ankh jewelry pieces, thrift store fashion. For Butch the runaway success of her 1997 debut Baduizm and its Live album followup means something. In specific he thinks the singers tendency towards preaching her earth mama philosophy to sold-out audiences implies that spiritual knowledge is being spread, that consciousness is being raised to a tipping point, that Erykah Badu fans will spill out of nationwide venues discovering holistic healing and transcendental meditation and Kemetic philosophy and vegan diets for themselves. What would this mean, for the millions who follow Erykah Badu’s music to embrace the singers lifestyle on a mass level at this specific period in time, the cusp of the Aquarian age? Butch wonders.

But that’s not all. In April Butch saw The Matrix in a crowded Flatbush Pavilion theatre and all spring everyones been talking about how were “living in the Matrix, man,” puffing on blunts of marijuana-filled cigars at house parties and discussing the subversive information laced throughout the film. People really get it: the society that weve been led to believe matters only serves the agenda of those who prop it up as the standard. Butch feels that everyone is on the verge of pulling the rubber pipe out the back of his head and redefining the social order. Society is in for an interesting turn; theres no way The Matrix can be this popular and millions of moviegoers not overstand what it’s really saying, he feels.

On top of this, every single day Butch sees someone on the A train to Manhattan with some sort of spiritual personal improvement book. If not Kahlil Gibran’s The Prophet then Julia Cameron’s The Artist’s Way. If not James Redfield’s The Celestine Prophecy then Dennis Kimbro’s Think and Grow Rich. He reads a few of them himself: Conversations With God, The Alchemist, The Four Agreements, The Seven Spiritual Laws of Success, Heal Thyself, Tapping the Power Within. Deepak Chopra becomes a more omnipresent talking head on Butch’s TV set. Oprah redefines the mission of her talk show and urges her viewers to “be your best self,” The Oprah Winfrey Show exposing even exurban housewives to spiritualists like Yoruba minister Iyanla Vanzant on a regular basis. Things are coming together, Butch thinks. The sixties flirted with revolution; the nineties threaten the even greater prospect of evolution.” 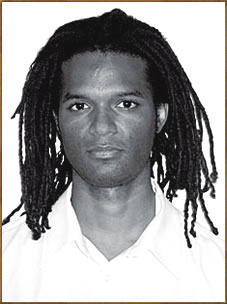